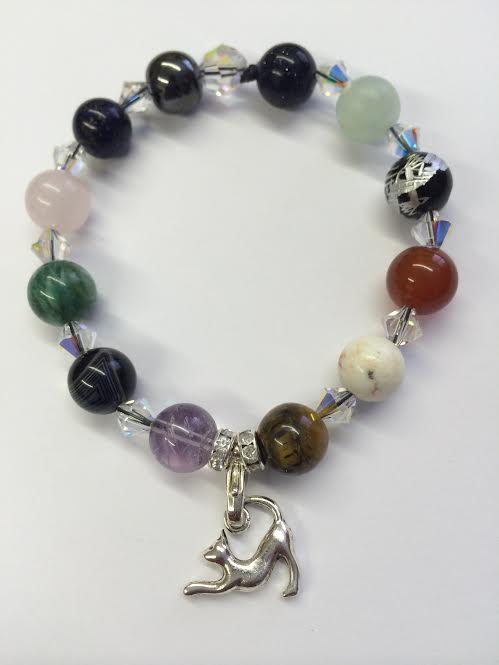 SKU:
$25.00
$25.00
Unavailable
per item
The cat of Re was a solar form of the cat to the Egyptians, because it destroyed Apap, the serpent of darkness and chaos. The forerunner of the Japanese Maneki Neko or “beckoning cat”, like today’s version, was a solar cat who was said to bring good fortune to its owner.

Bastet, as the cat goddess sacred to Isis, was very popular during Egypt’s Late Period. Although best known as a lunar cat, sometimes Bastet was combined with the cat of Re and demonstrated both lunar and solar qualities. To the Chinese Buddhists the cat was a representation of astral forces, and symbolic of transformation. The cat is the fourth sign of the Chinese zodiac and corresponds to the sign of Cancer. The shape- changing Scandinavian goddess Freyja drove a chariot pulled by cats.